Saudi Green initiative is about improving quality of life 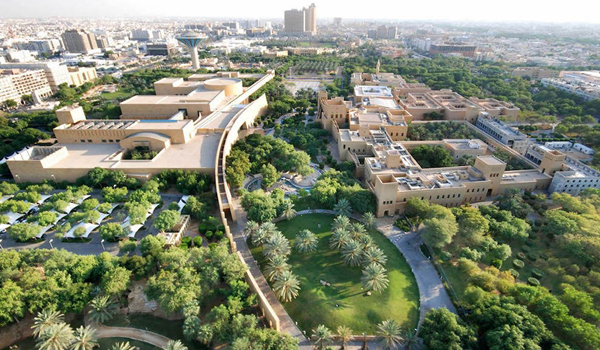 Unveiled by Crown Prince Mohammed bin Salman on April 3, the Saudi Green and Middle East Green initiatives are designed to reduce carbon emissions in the region by 60 percent.

The Saudi Green initiative is not only about planting trees; it is primarily about sustainability and improving the quality of life. The initiative will be the world’s largest afforestation project with its aim to plant 50 billion trees, including 10 billion in Saudi Arabia.

The region faces significant climate challenges, and the Saudi Green initiative is part of the effort to secure a sustainable future, especially as one of the most prominent features of the Arabian Peninsula is its sandy desert, with its hot climate, desertification, low rainfall and dust storms.

Saudi Arabia has proactively started and engineered four main mega-projects: Qiddiya, NEOM, the Red Sea Project and AMAALA, which all have sustainability as their core objectives. The projects will help to improve the quality of life, reduce carbon emissions, tackle deforestation, preserve marine and coastal environments and accelerate the transition to clean energy by boosting the amount of energy generated by renewables.

Saudi Arabia is focusing on the use of clean hydrocarbons and renewable energy and has set a goal that by 2030 half of its energy capacity will come from renewable sources, with the remaining 50 percent from gas.

This goal has helped raise the level of environmental awareness in the Kingdom and has led to increased international cooperation — all key solutions in reaching the country’s climate change objectives.

During its presidency of the G20 last year, Saudi Arabia was a staunch advocate for technology, stressing the role innovation can play in efforts to reduce and eliminate emissions.

One of the challenges involved in planting 10 billion trees in Saudi Arabia is water scarcity, as the Kingdom’s freshwater ecosystems are limited.

On the other hand, Saudi Arabia can utilize the treated wastewater to irrigate the trees. This water can then be released into the atmosphere, where it evaporates causing rain precipitation elsewhere — a process known as evapotranspiration — which will soften the atmosphere and reduce dust.

Saudi Arabia does not use coal to generate electricity, which is the most damaging fossil fuel, responsible for 72 percent of total greenhouse gas emissions.

It might be self-evident to confront coal power plants and not oil, which is not the main source of carbon emissions, but I believe a carbon tax should be primarily imposed on coal producers and consumers.

That being said, international efforts should work toward achieving an integrated system to meet climate and environmental challenges and raise the quality of life, but not to degrade or substitute hydrocarbons that cannot be replaced in the long term.